The southern region of India is known as one of the ancient cradles of civilization where several dynasties flourished. Dravidian heritage for which this region is renowned across the globe saw patrons of art and culture building and developing spectacular sights and monuments. Hampi, Halebidu, Mysore, Cochin and many more cultural movements saw the erection of some spectacular manmade edifices. There is so much to be seen, witnessed and experienced in South India which may leave even the fussiest of travelers breathless. Itineraries of the Golden Chariot train are meticulously designed to offer whirlwind tour across prominent destinations in India to let you capture the true essence of traveling - to uncover the spirit inherent in the land and people.
The Golden Chariot offers 3 itineraries  Pride of Karnataka, Jewels of South, and Glimpses of Karnataka that span over the duration of 4 to 7 days. Designed to showcase the diversity of the South Indian states in shortest feasible time to those who prefer to travel in exclusivity and luxury, the itineraries of this Indian luxury train include a dash of heritage, wildlife, nature, and modernity to paint the mesmerizing picture of a region blessed with wonders both manmade and natural.
All three luxury train tours start in Bangalore on Sunday and allow you to explore the various attractions of South India from the comfort of the Golden Chariot Train. A jungle safari at Bandipur National Park or Kathakali dance show at Cochin and sailing on the Kerala backwater; you can enjoy it all through Golden Chariot Journey. The luxury train allows a completely soothing journey with the cutting-edge interior design while you witness the majestic Dravidian art and culture at Thanjavur, Mahabalipuram, Hampi, and other places in South India. 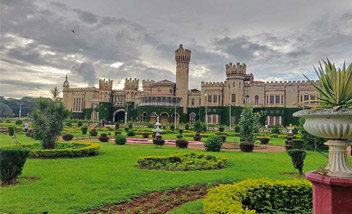 The Golden Chariot - Glimpses of Karnataka 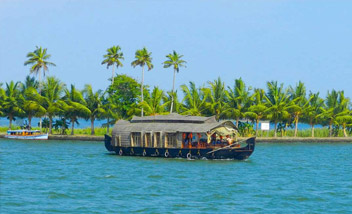 The Golden Chariot - Jewels of South

The Golden Chariot - Pride of Karnataka